We are a reliable long-term partner
for public and private organizations.

For the last 30 years we have been actively participating in digital transformation of Polish economy and public administration.

Experience we gained during that time and our deep understanding of both technology and business processes make us a reliable partner for future challenges for both public and private organizations.

Our main scope of activity is software production, implementation and maintenance, infrastructure and application integration and IT consulting. We specialize in providing IT solutions for:

We believe that in today’s fast-changing environment our clients deserve much more than just IT tools.

years on the market

years on the WSE

We work for the largest companies and the most important public institutions in Poland.

We implement and maintain key systems for business and government.

Back to sustainable business development

Sygnity has been ISO 27001 certified

The company has been  ISO 9001 certifited in the scope of software production and implementation, design, construction and integration of computer networks and provision of maintenance services

The ComputerLand Group was founded. ComputerLand S.A. was the second IT company to be listed on the Warsaw Stock Exchange 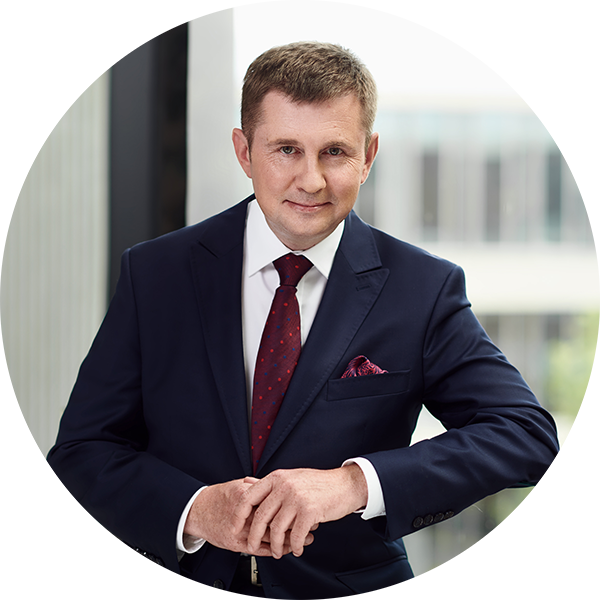 Vice president of the Management Board of Sygnity S. A.

Mariusz Jurak graduated from the Faculty of Economics at Maria Curie-Skłodowska University in Lublin. He holds an MBA diploma from the University of Illinois in Urbana Champaign. He has completed certified training in the field of sales and IT project and programme management.

He has been connected with Sygnity S.A. from the beginning of his career. He joined ComputerLand (currently Sygnity S.A.) in 2001. For almost 16 years he has been responsible for implementing projects, expanding the  product portfolio and building relationships with key clients from the Banking and Financial Sector. Over the past 5 years, he has held key positions in Sygnity. As Banking and Finance Managing Director, he was responsible for implementing the biggest projects for strategic clients in Sygnity’s Banking and Financial sector.

From 26 November 2019 he has been the Chairman of the Supervisory Board of Sygnity Business Solutions S.A.

He is an experienced manager who significantly contributed to the market position and development of the Banking and Financial Sector of the company.

Inga Jędrzejewska graduated from the SGH Warsaw School of Economics with degrees in Finance and Banking as well as in Management and Marketing.  She is also  a licensed Tax Advisor, an ACCA member and an author of numerous articles in the trade press (Tax Review, Rzeczpospolita).

She has many years of professional experience in the field of finance. She spent 9 years building her professional career in Deloittes. For the past  8 years, she has been associated with Sygnity.  Inga managed Sygnity ‘s Financial Office. In this role,  (July 2017 to April 2018), she was a key member in  negotiating restructuring agreements with banks, bondholders and Microsoft. Since May 2018, as a Financial Director, she has been responsible for the Financial Division and Administration Department of the Company.

On 25th March 2019, she was appointed to the Management Board, as Chief Financial Officer of Sygnity S.A. 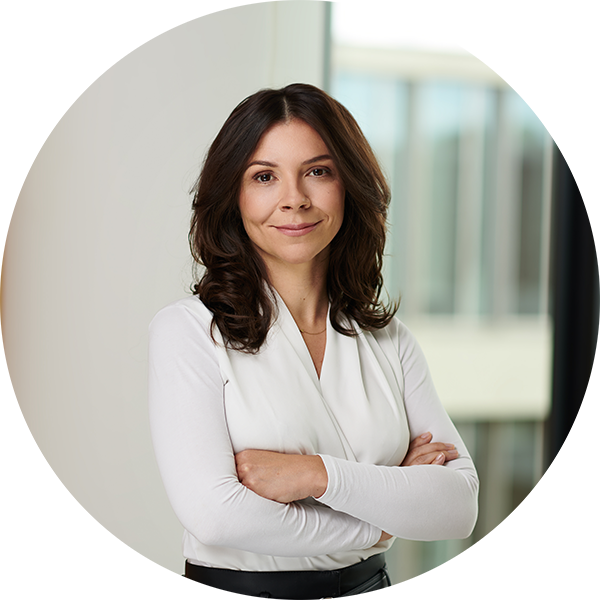 Member of the Management Board,  Chief Financial Officer

Other members of the Management Board 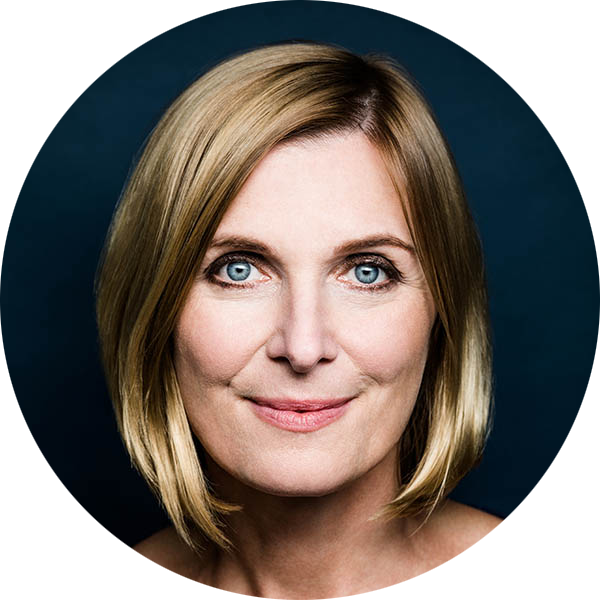 Dorota Beksińska graduated from Jagiellonian University, Faculty of Philosophy, Department of Sociology, specializing in Social work. She also completed postgraduate studies in Social Economy in the Małopolska School of Public Administration of the Cracow University of Economics.

Her professional career started in 1993 in the Provincial Office in Cracow, in the Regional Team of Social Help, where she worked as the Head of the Social Help Department until 1996.

She has been connected with Sygnity (ComputerLand at the time) since 1996, starting as a  Project Manager and subsequently progressing through the ranks to PMO Deputy Manager in Cracow, Deputy Project Director of Trainings, Client Manager, Sales Director and Sales Managing Director in Public Sector.

Currently she is the Managing Director of Public Sector. 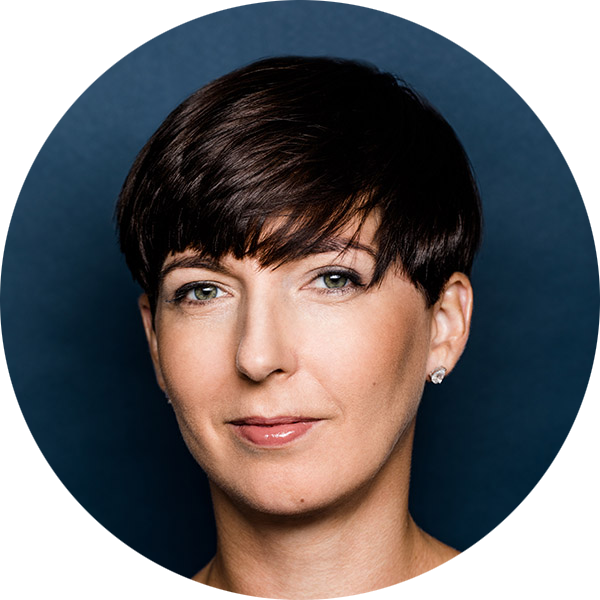 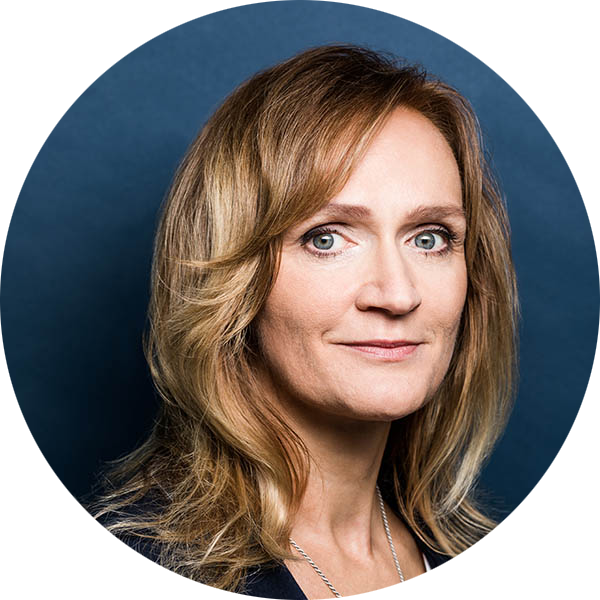 President of the Management Board of Sygnity Business Solutions S.A.

Janina Korzeniewska graduated from the Faculty of Production Engineering at Warsaw University of Technology.

She has been involved in the IT industry for over 17 years. Her professional career started at Apexim, where she dealt with Baan ERP class system implementation in the years 1997-2000. In 2001, she joined ComputerLand, where she was in charge of implementing ERP Oracle EBS software while also managing a team of consultants. Since 2006, her focus has been  on building centralized competence in the area of ERP systems (Oracle EBS, SAP, MS Axapta, IFS) and BI competence. Since 2012, she has also been responsible for SOA solutions and since 2014, for CPM class solutions.

On 27th July 2015, she was appointed President of the Management Board of Sygnity Business Solutions S.A. (Max Elektronik S.A. before the name change).

Mr. Piotr Kwaśniewski graduated from the Gdynia Maritime University with a master’s degree in electronic engineering. In 1994, he obtained a stockbroker license. He also completed a business course for investment advisors and financial directors.

Previously, Mr. Piotr Kwaśniewski was the Chairman of the Management Board of the following companies:

Between August 1996 and January 1997, Mr. Piotr Kwaśniewski worked as a financial operations specialist at Lublin Car Factory, and from April 1996 to July 1996 he worked as a stockbroker at the Centre of the Capital Operations BH S.A.

In 1994, Mr. Raimondo Eggink graduated with a degree in  theoretical mathematics from the Jagiellonian University, where he also obtained a doctoral degree in 2010.

Since 2002, Mr. Raimondo Eggink has been leading independent consulting and training activities for financial companies. At the same time he has been attending supervisory boards of several private and public companies including Prime Car Management S.A. (since 2015), PKP Cargo S.A. (since 2015), Suwary S.A. (since 2015), AmRest Holdings SE (since 2010), Zespół Elektrociepłowni Wrocławskich KOGENERACJA S.A. (since 2009), PERŁA – Browary Lubelskie S.A. (2004 – 2005 and since 2008 until today).

Mr. Raimondo Eggink was a member of several supervisory boards in the past:

Mr. Raimondo Eggink started his career in 1995 at the Warsaw department of ING Bank N.V., where he played a major role in creating the first Polish asset management company. He obtained his investment adviser license in March 1995. From 1995 to 1997, he acted as a Vice Chairman of the Board of Brokers and Advisers. In 2000, he was awarded the title of CFA (Chartered Financial Analyst) by the AIMR association (now CFA Institute). From 2004 to 2013, Mr. Raimondo Eggink acted as a member of the Management Board of the CFA Society of Poland.

Mr. Raimondo Eggink has published many articles on the development of Polish capital markets, specializing in the protection of minority shareholders.

Member of the Supervisory Board

Mr. Błażej Dowgielski graduated from the University of Warsaw, where he studied at the Institute of International Relations from 2007 to 2012.

Mr. Błażej Dowgielski started his career in 2006 as a journalist and was the managing editor of the biweekly magazine BiznesPolska. From 2007 to 2008, he worked as a journalist in the Economic Department of Dziennik. Polska – Europa-Świat, where he specialized in the field of capital markets. From 2009 to 2011, he was  a journalist at Gazeta Giełdy Parkiet newspaper.

During the years 2014 – 2016, Mr. Błażej Dowgielski acted as the President of the Management Board of East Side Capital S.A., a company listed on NewConnect, which conducts investment activities through a subsidiary entity (seed, start-up).

Since 2012, Mr. Błażej Dowgielski leads a business dedicated to providing consultancy services in the fields of PR and IR.

Since 2017, Mr. Błażej Dowgielski has been the President of the Management Board, as well as a partner in the Mark Media Group Ltd., a company which provides services in the field of PR and IR, supporting IPO and SPO  processes and also fulfilling the role of general business consultant. Since 2017, Mr. Dowgielski has been a Member of the Supervisory Board of Hercules S.A.

Mr. Rafał Wnorowski studied at the Faculty of Business and Administration at PWSBiA. He has many years of experience in sales to the public and private sectors.

Mr. Rafał Wnorowski started his career at Bank Zachodni WBK S.A., where he worked as a Specialist in the Department of Electronic Payments and a Representative for Institutional Sales from 1999 to 2004. From 2002 to 2004, he worked as a Sales and Marketing Manager at Usługi Finansowe Sp. j. From 2004 to 2007, he was a Sales Director at Wapro Sp. z o.o. (Asseco Poland S.A. Capital Group), and from 2007 to 2010, he was the Commercial Director of Asseco Business Solutions (Asseco Poland S.A. Capital Group).

From May 2010 to August 2015, Mr. Rafał Wnorowski was associated with SIMPLE Group, where, as a Vice President, he was responsible for sales and marketing as well as development of  the SIMPLE Group. From 9th  September 2015 to 12th  February 2016, he acted as  Vice President of CUBE.ITG S.A., where he was responsible for the sales division and for sales support and marketing. On 16th February 2016, he was appointed Chairman of the Management Board of SIMPLE S.A., where he currently supervises multiple departments: sales and marketing, external communication, strategy implementation, information security, business solutions, as well as partner and investor relations.

From 1989 to 1994, Mr. Tomasz Zdunek acted as  General Director of the electronic warehouse networks Tomtronic. From 1994 to 1996, he was Chairman of the Board of the Bajax company and from 1997 to 1998, as the Sales Director of HTL (medical equipment producer).

From 1998 to 2003, he was the owner of LAB MASTER (medical equipment importer), and from 1999 to 2013, the President of Controlling at Robakiewicz Zdunek Sp. j., Accounting and law office.